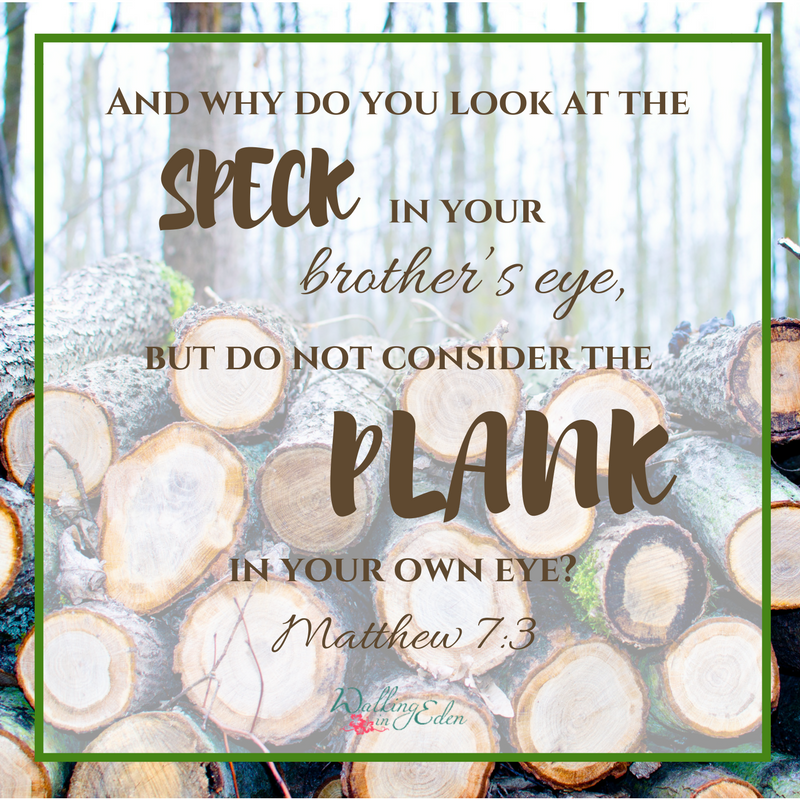 Graphic by Jennifer Shipman / Photo by Nick Grappone on Unsplash

One summer recently I learned a very valuable lesson – on judgement. While visiting family, a friend’s son almost slipped and fell. Nothing very serious, but the parent in all of us there “jumped” to help. “Be careful, honey!” “Watch out!” “Oh no!” You know, the concerned parent’s automatic reaction to a child in danger. His mother, however, completely overreacted (I thought): not to her child’s near-miss, but to us. “He’s fine! Gah! I don’t need five people yelling at him!” It took us rather aback.

I was SO angry. She was completely out of line. How dare she act that way to people who help her and give her so much? To her husband, whom she should respect and love? Even to my husband and I, who were just trying to help and reacting out of instinct? I almost lost it, almost raged out at her. That’s not normal behavior for me, by the way. Oh, I lose my cool at home. We tend to do that with those we love the most, don’t we? But I very, very rarely snap “in public”. Anyway, I restrained myself (how noble of me!). I figured it would only make things worse. Probably cause a feud (or at least high tensions). None of us would have wanted that – we rarely see each other anymore.

The situation diffused and we had a good visit (though steam may have still been building behind my ears). Later, after some reflection, God whispered to me (in that still small voice that’s louder than a rock concert – you know the one?): “Daughter, first look at the plank in your own eye before worrying about the speck in your friend’s eye.” Oof. Talk about a blow to the heart. He may as well have said “Judgement, much?” Ok God. I hear You.

Firstly, she is my friend and a daughter of my heavenly Father. We live very far apart and are different in many ways, but she is precious. She may have overreacted but it is my job to just love her. Give her grace, not judgement. I don’t know what may be going on in her life to cause that reaction. (When someone else is being the World’s Most Difficult Person, remember that their story might be hard. It doesn’t excuse them, but it will help you deal with them!)

Besides, am I any better?

I had to ask the hard questions. How often do I overreact at home? Treat my husband like something stinky? Lose patience with my daughter? How often do I get critical over how a job is done, or make a mountain out of a molehill? All because I’m stressed or anxious or worried or depressed or whatever else I might be feeling. Talk about inappropriate behavior. I behave exactly the way I was angry at her for behaving – and worse. Whether she was right or wrong isn’t the point. MY reaction to her is the point. I’m praying for patience now, for clear sight of my own planks. I’m making progress, though slowly.

Fast forward a few weeks. At work, I huffed and puffed when someone left coffee grounds in the Keurig. How rude! This isn’t their house! We coworkers are not their maids! Ten minutes later I was walking back to the kitchen to empty the grounds I’d just left in the same Keurig cup….

Some lessons take a while to learn. Thank God for His grace.